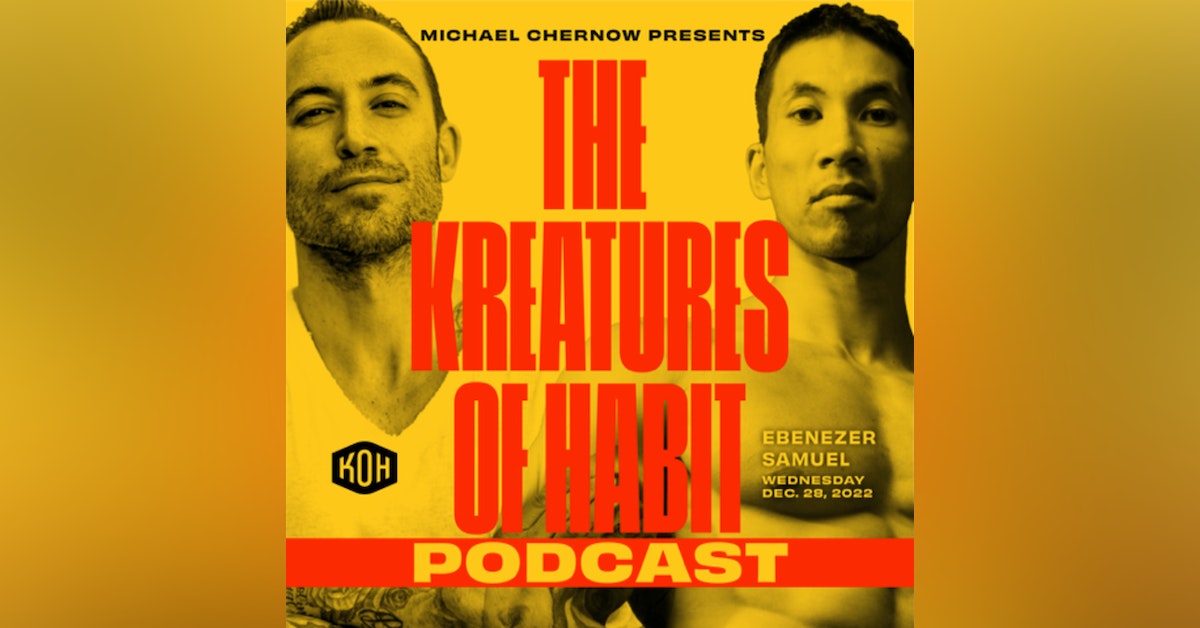 Ebenezer Samuel, C.S.C.S., FRC, PPSC, is the fitness director for the Men’s Health brand and a veteran personal trainer.

He has more than a decade of experience. In-person, he’s worked with everyone from stay-at-home moms to firefighters to top NFL players like Terrell Owens and Terrell Davis.

He’s also developed three workout video programs, including the best-selling New Rules of Muscle, and developed a reputation for delivering ultra-creative free workouts on instagram. Widely acknowledged as one of fitness’ brightest, most creative minds, he’s appeared on numerous podcasts and spoken before the National Strength and Conditioning Association.

Prior to joining Men’s Health, he wrote about sports and video games for the New York Daily News, and he may be the only person in fitness who’s been quoted on ESPN and immortalized in a video game (Diablo 3).

In this episode, Michael and Ebenezer discuss why being in shape doesn’t always mean you are healthy, how to train for aesthetics vs performance and the benefits of hybridizing your training.